The following are some interesting articles about bees from various news outlets.  It’s important to understand how bees are faring in today’s world, with all of the chemical they are exposed to.

Honey in the Pyramids 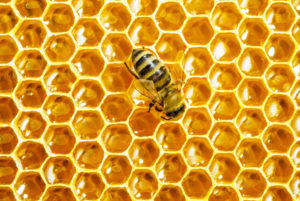 It might be hard to bee-lieve but the 3,000-year-old sweet treat is still edible

While excavating Egypt’s famous pyramids, archaeologists have found pots of honey in an ancient tomb.  The honey, dating back approximately 3,000 years, is the world’s oldest sample – and still perfectly edible.

The secret behind honey’s eternal shelf life is a range of factors. Hydrogen peroxide, acidity and lack of water work together to make this sticky substance last forever.  The ancient Egyptians used honey for a multitude of purposes including as a sweetener, a gift for the gods and an ingredient in embalming fluid.
Click here to continue

Reports out of South Carolina have indicated that when officials approved the spraying of local farmlands with insecticide to prevent the spread of Zika-carrying mosquitos, it accidentally wiped out millions of bees too.

The insecticide in question, called Naled, is known to be “highly toxic” to bees, and these vital pollinators appear to be the latest collateral damage in the fight against Zika.

In response to the ensuing outcry from local farmers after last Sunday’s bout of aerial spraying in Dorchester County, the local administrator’s office announced that the state health department had reported four travel-related cases of Zika virus in the Summerville area of Dorchester County on Friday 26 August.

While the health department reported that no one has been infected from a local mosquito bite to date, Dorchester County officials justified the accidental bee cull on the grounds that the mosquito population remained a threat.

“Dorchester County is concerned about the safety of its citizens,” a statement from the County Administrator’s Office reads. “This includes protecting citizens from insect bites from pests such as mosquitoes that carry viruses including West Nile and Zika.”
Click here to continue

Bringing God's natural goodness from our hives to your home.

E-mail or call us for more information.